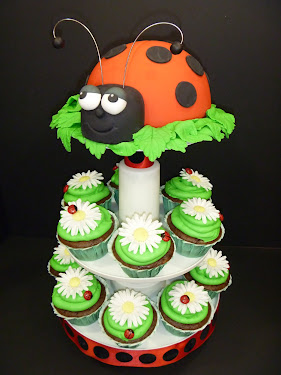 Hello my fellow sugar fiends! Despite your suspicions, I have not dropped off from the face of the earth. It has been a super busy summer for our family, followed by a transition into our first year of homeschooling, leaving me little time for sugar play or blogging.

I was very excited for my niece’s birthday to come around so that I could spend a little time back in my cake room. She turned four last week and her mom threw her a ladybug birthday party. They asked me to make a cake or cupcakes that would fit the ladybug theme. I decided that it would be fun to incorporate both into a towering cake/cupcake display. Cupcakes, topped with daisies, would fill the tower and a large ladybug would sit atop. He (yes I said he, not all ladybugs are girls) had to be cute because my niece is so darn cute. 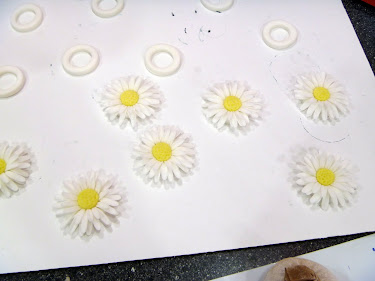 While the daisies dried, I got to work on the cake. I started by baking the body of the ladybug in one half of the Wilton Sports Ball Pan

. That gave me a perfect rounded shape so that I didn’t have to try to carve a ball shape, which is actually quite tricky to do nicely. I covered it in buttercream icing. 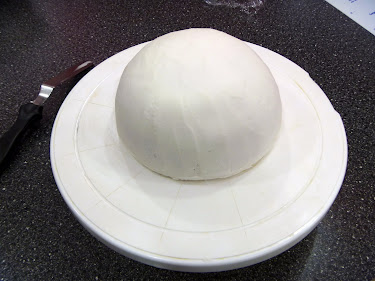 I then rolled out some red fondant. I use pre-colored red fondant because I have found that it takes so much paste color to make your fondant red that, by the time you get the color you want, it tastes terrible and is very soft. 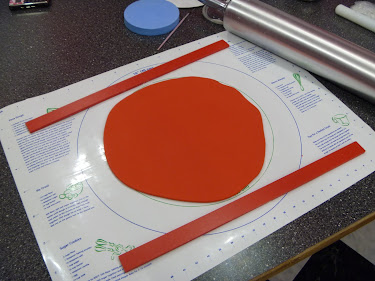 After covering the cake body I used a veining tool to make a line going down the middle of the body. 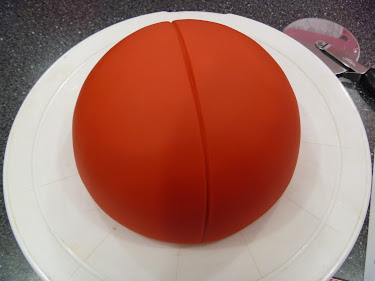 This little ladybug was desperately in need of a head. I could have just made the head out of a thick ball of fondant but I had some cupcakes that I had made from leftover cake batter so I used two of them. I stacked and carved them into a shape that would fit nicely against the body. 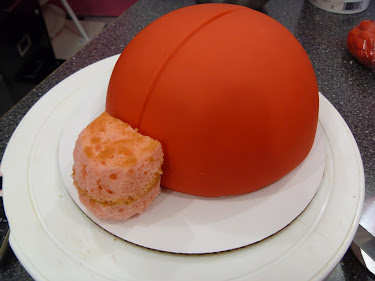 Once I got the cake head shaped how I wanted, I removed it and covered it in some black fondant. As with the red, I also buy my black fondant

pre-colored for the same reasons. I put it back in place then stuck toothpicks in the location of the eyes and nose. The toothpicks serve two purposes, they attach the head to the body and they hold the fondant eyes and nose in place. I also painted a small amount of water on the back of everything to help it stick. 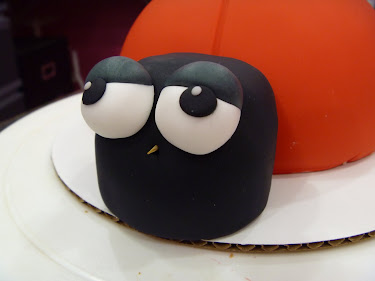 Of course, every ladybug needs a smile. To create his, I used a circle cutter and pressed the bottom half of it at an angle into the head to form the rounded part of the mouth. The cheek marks on the side of the mouth I added with my veining tool. 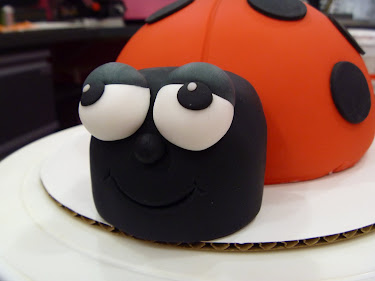 After attaching some spots, that I had cut out with a circle cutter

, the ladybug was done. He couldn’t be left sitting on a white cake board though. He needed some greenery. To make a bed of leaves for him to lie on, I colored some fondant green and used cutters and veiners to cut out a variety of leaves. 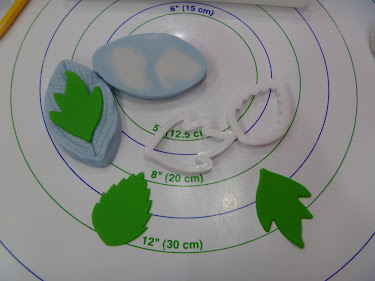 That was much better. 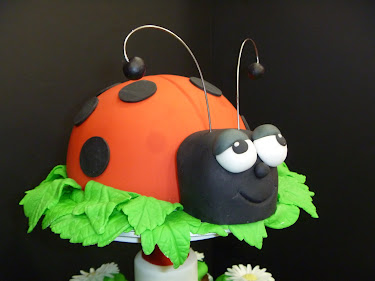 I assembled the cupcakes by piping a mound of green buttercream on the tops and attaching a daisy to each one. I had remembered seeing a great idea in my favorite cupcake book, Hello, Cupcake!

, where they used red M&Ms to make ladybugs so I bought a bag of M&Ms, pulled out the red ones and used a black Food Marker

to draw little ladybug features. Here is a closeup of the cupcakes: 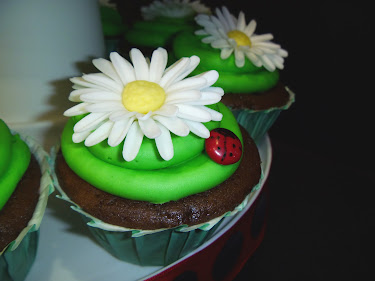 To make the display, I bought a Wilton 3-Tier Dessert Tower

. (Note: The tower in the link is a 4-tier tower. Apparently they don’t make the 3-tier one anymore.) This tower is neat because the tiers slant so that the cupcakes display at a nice angle. The only problem is that the slant on the top, as well as the center post, prevent you from being able to lie a cake on it. So, I got a little creative and took the top off, turned it upside down and hot glued it that direction. It still wasn’t perfectly flat but it was close enough to still be able to support this light cake without cracking it. I also glued on some fun, ladybug-looking ribbon. Here is how it turned out: 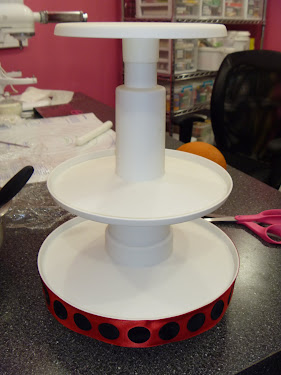 All that was left was to put it all together. The cupcakes went on the stand and I added some antenna to the ladybug by using Duff brand cake wires and attaching little balls of fondant to the ends.

I was really happy with how it turned out. His face seemed to fit my niece’s personality perfectly. 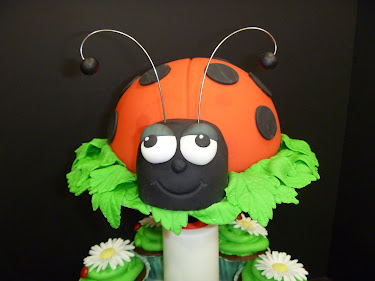 And as you can tell by this picture, my niece loved him too. 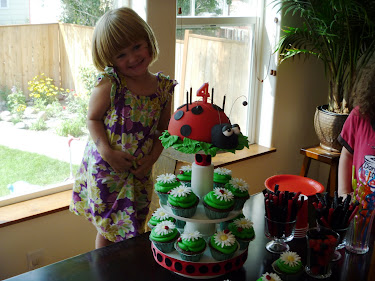 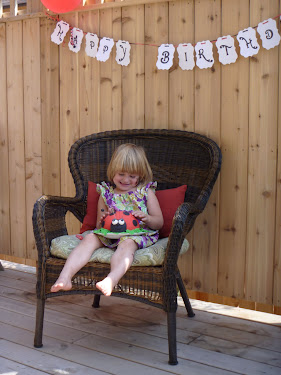 Ellie stole the ladybug all for herself

I hope you all enjoy these final days of summer. You should be hearing from me again soon.