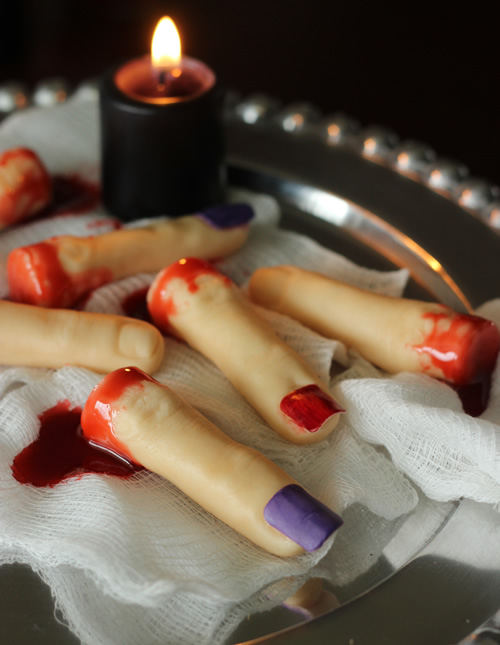 Halloween is almost here so I couldn’t wait to show you my latest creations made with my newest toy; the severed finger mold from Sugar Delites. A few weeks ago I received my monthly newsletter email from Sugar Delites in which it featured this new silicone mold. I couldn’t believe how real it looked and I couldn’t stop thinking about it. I really wanted it. I then remembered that I still had a gift card to Sugar Delites that a friend had given me for my birthday. It was obviously meant to be! I ordered the mold and the day after I received it I went to work making dessert for some company I had coming over for dinner on the weekend. I used the mold to make my own version of white chocolate peanut butter cups. I can’t tell you how excited my company was when I served this to them for dessert: 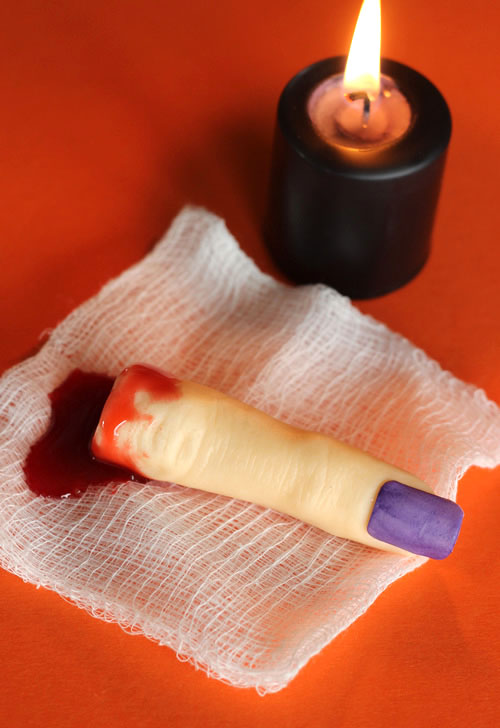 Well….maybe I shouldn’t say “excited”…. their faces were a little more filled with shock and disgust than excitement but they were good sports and willing to try them. I did get some rave reviews on the taste. After all, who doesn’t love a peanut butter cup? And the blood was actually a chocolate sauce so, once you got over the visual factor, they tasted pretty darn good. This is what they looked like inside: 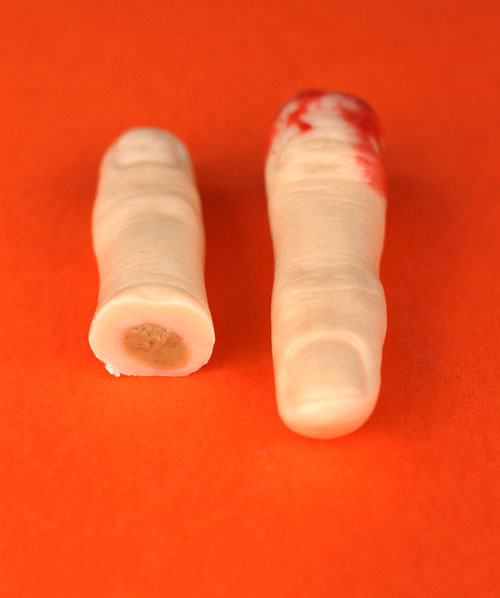 or at a cake supply store.

Check out how real this mold is! This is a picture of the candy finger next to my daughter’s finger. 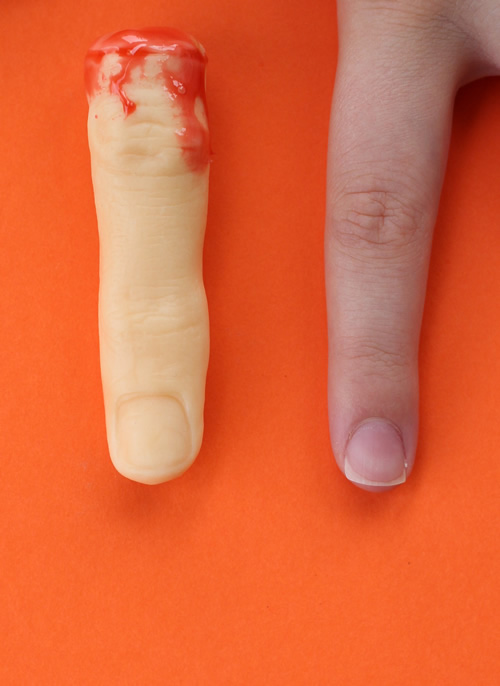 Here is how to make the severed finger candy.

First, you need to have the silicone finger mold. Click on this link to order it. Jennifer Dontz, the owner of Sugar Delites, is great about sending orders out quickly so you still have time to get it before your Halloween parties.

When I first opened the mold I noticed that there was a tear in it and I almost called Jennifer to tell her but then I read the paperwork she included with the mold and discovered that it is supposed to be there. You will find out why once you start to use the mold. The split helps you get the chocolate in and out. 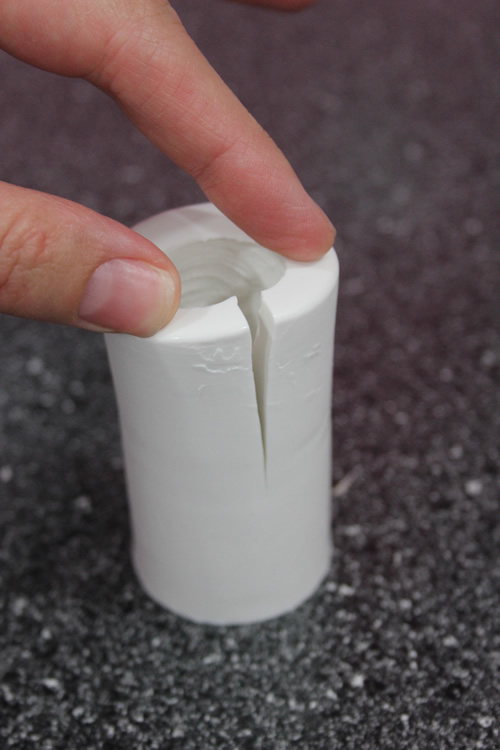 and rubbing some shortening over it. 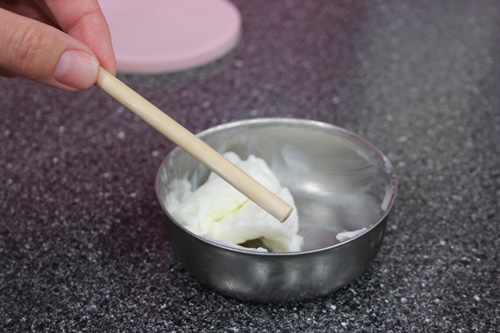 Next I colored some modeling chocolate a skintone color, with a small amount of Copper food coloring

, and wrapped it around the wooden dowel. 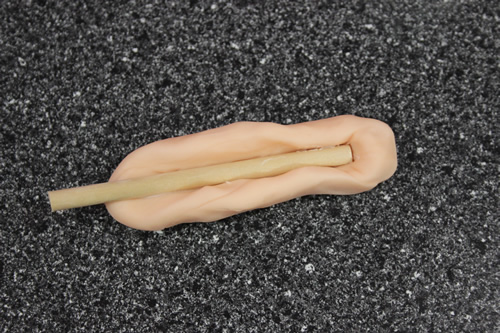 I pressed it around the dowel then rolled it on the counter to smooth it out and make it thin enough to fit in the mold. 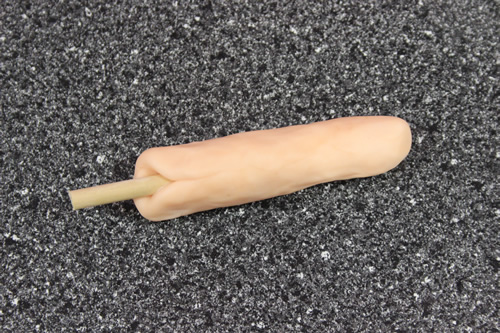 I then held the mold open at the slit and inserted the chocolate into the mold, using the dowel to press it down and make sure it completely filled the mold. I wrapped a rubber band around the slit to hold it closed after the chocolate was in place. Using an off-set tapered spatula

, I trimmed off the excess chocolate. 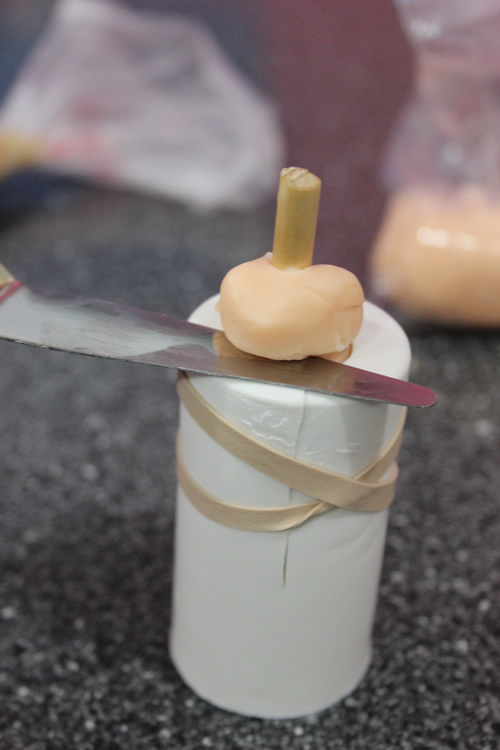 I then continued to press the dowel against the sides of the mold, thinning out the chocolate and making the hole larger. 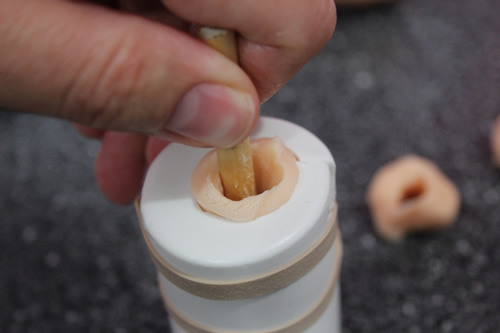 The shortening on the dowel keeps it from sticking to the chocolate. Once I had a decent sized hole I removed the dowel and filled the finger with the peanut butter filling. The easiest way to do this is by placing the filling in a disposable icing bag, trimming off the end of the bag, inserting it into the hole and squeezing until the filling is just about 1/8″ below the top of the mold. Click here for the recipe I used to make the peanut butter filling. 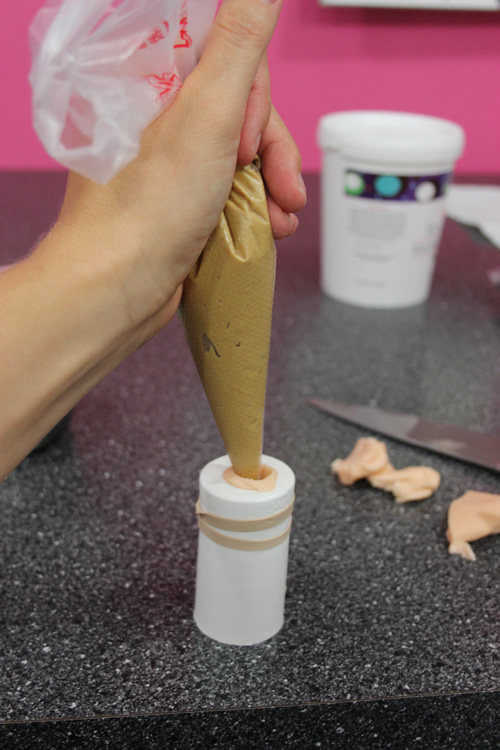 I then pressed the excess chocolate, from the sides, towards the middle to cover the filling. If you don’t have enough excess chocolate on the sides just take an extra little piece of chocolate and place it on top of the mold, blending it into the sides. 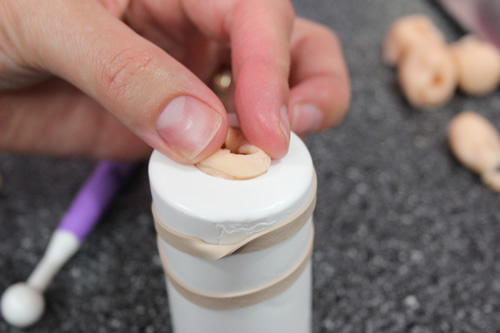 I used my finger to smooth the chocolate down. Looking back, I wish I had made the end more rough and jagged since a severed finger doesn’t usually have a flat, clean end like that. 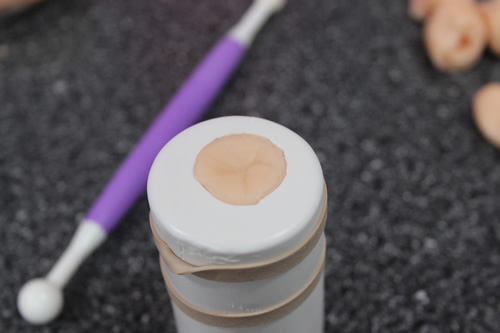 I then placed the mold in the freezer for about 20 minutes to let the chocolate get hard. You want to make sure your chocolate is very hard before trying to remove it or you will stretch and distort it.

When it was time to remove the chocolate from the mold I took the rubber band off, held the mold open at the slit, then gently pressed on the bottom of the mold to release the finger. I couldn’t photograph this since I needed both hands to do this part and didn’t have anyone else around to take the picture for me.

If you want to leave it as a male finger then it is all ready for the blood. But, if you want to make it a female finger, you can add a painted fingernail. To make the fingernail I used a small piece of gumpaste and rolled it out very thin. I then took a razor blade and cut it out so that it was slightly larger than a 1/2″ square. 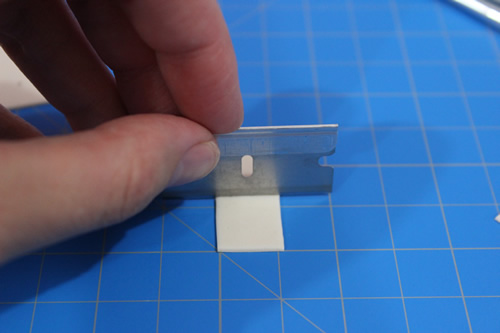 I then used a clay tool

to trim the edges and make them rounder. 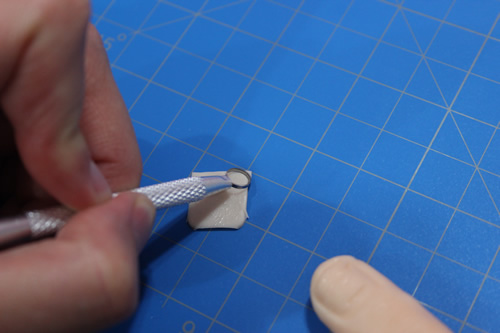 At first I attached the nail to the finger before painting them but I found that it was much more difficult to paint them this way because I kept getting the nail color smearing off the nail and onto the finger. I then tried shaping the nail, letting it dry a little, and painting it before placing it on the finger. That worked much better.

So, after trimming the edges, I bent the nail slightly to give it a curve, kind of like a press on nail. I laid it on a paper towel and allowed it to dry for about a half an hour. I then mixed some food coloring with some lemon extract to make my nail polish. 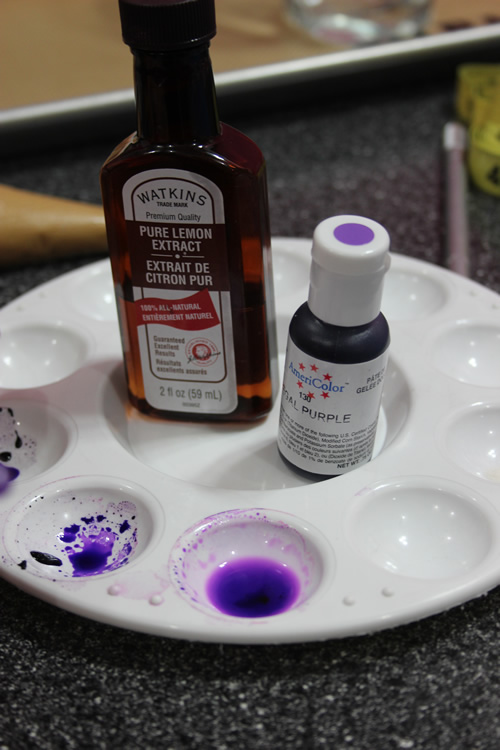 With a flat paint brush I brushed the color onto the nail and then allowed it to dry. 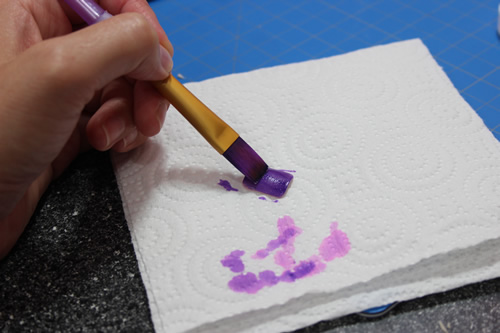 I then brushed some piping gel 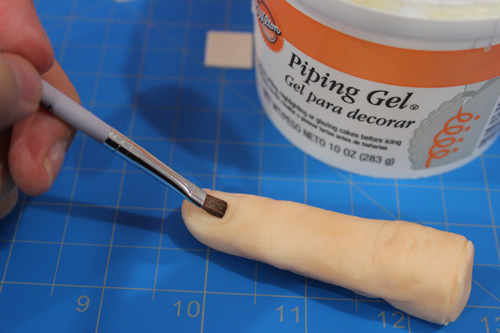 and attached the nail 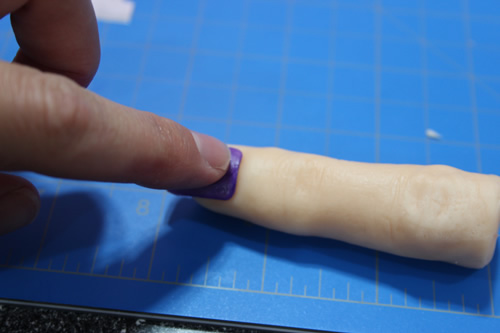 to really add to the effect.

I think they turned out perfectly grotesque and delicious! 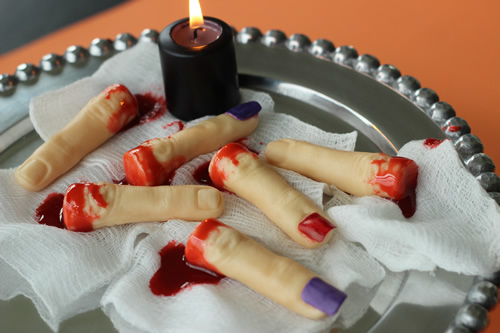 Happy Halloween! I hope your holiday is just as sweet and disgusting as these severed fingers.