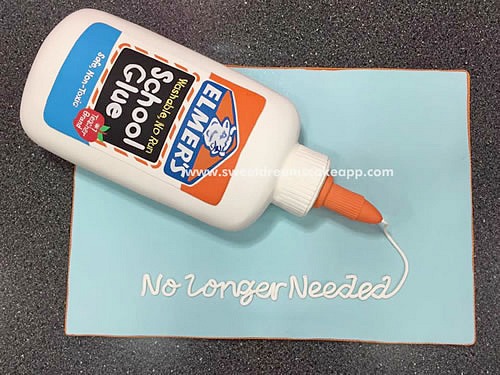 The thing I love about cakes is that they almost always have a story behind them. That is definitely the case with one of my most recent cakes, a glue bottle cake.

I made this cake for a very special reunion with two close friends, Paula Ames of Ames Cake Creations and Amelia Carbine of CakeFu.

The glue bottle was all cake, covered in fondant. The label was a combination of hand cut fondant and modeling chocolate that I pieced together, using a picture off the Internet as my pattern. 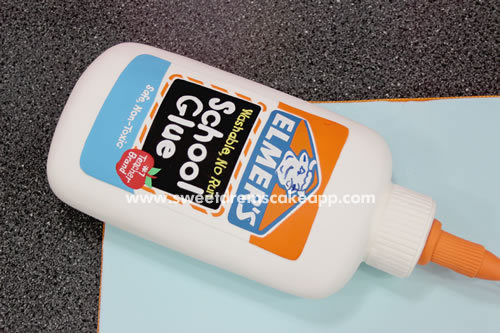 The cap and spout were made of modeling chocolate and attached with a dowel rod into the cake. 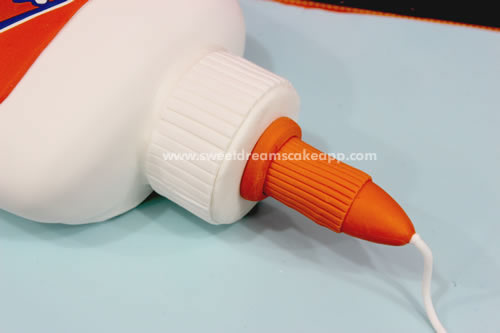 The “glue” was a fondant rope twisted into letters that read “No Longer Needed.” (Keep reading for the story behind this.) 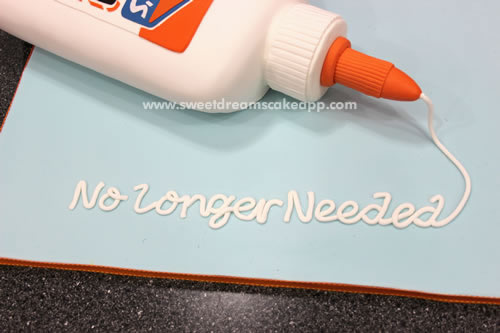 You may remember me talking about Paula and Amelia back when they collaborated together a few years ago to give me a “pay back” coffin cake for my 39th birthday. They are both incredible cake artists who have been on cake competition television shows, had their cakes featured in various publications, and received many awards and accolades for their work. They are special to me though, because they are far more than just “cake” friends. They are amazing women whom I love dearly and whose friendships go way beyond just cake. (In fact, I knew and loved Paula long before she even became a cake decorator. )

The problem is that we all live in different states so, although we have all been friends for several years, we have never actually all been together in person until just a couple of weeks ago. This is where the glue bottle comes in. It all started a few years back when Paula asked Amelia and I if we wanted to attend the Oklahoma Sugar Art show with her in Tulsa. We both said “yes” and started making plans to attend the show altogether. Unfortunately something came up for me (I don’t even remember what it was) and I had to cancel. Soon after that, something came up for Amelia too and she also had to cancel. Since we were no longer going, Paula canceled as well and booked some wedding cakes for that weekend instead. As the time drew nearer to the show, both Amelia and my conflicts went away and we were suddenly able to attend again. Paula was upset because she had booked wedding cakes and was no longer able to go. She kept telling us to remember that she was the “glue that held us together.” We felt pretty bad… but not bad enough to cancel our trips to the show. So while we were at the show we took a picture together and photo shopped a picture of a glue bottle in between us so that Paula could feel like she was there too, since she was the “glue that held us together.” 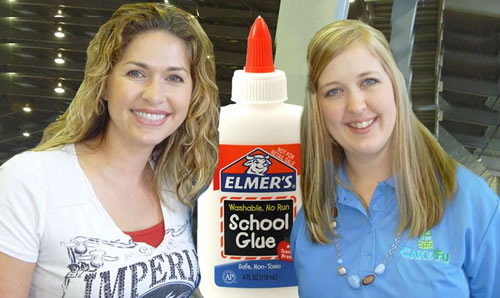 That started our tradition with the glue bottle. When I later visited Paula, to attend a viewing party for her win on Food Network’s Sugar Dome, she and I took a picture together and added the glue bottle in place of Amelia. 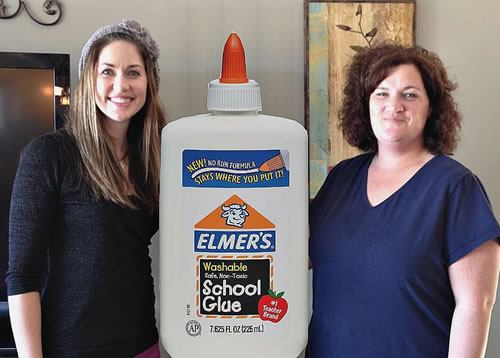 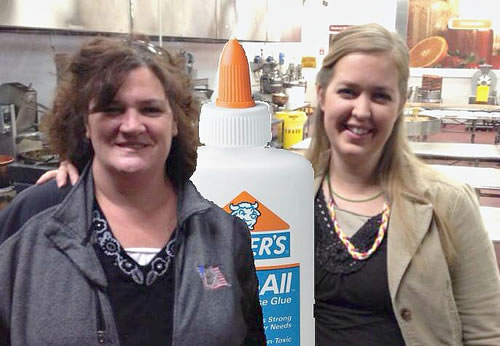 After depending on the glue bottle to fill the void all these years, we were finally able to all be together a couple of weeks ago. Paula’s son got married and Paula asked us to both come to the wedding and help her make the wedding cake. It was so much fun! Not only did we finally get to be in the same place together, but we also got to work on a cake together. I thought it was only appropriate that these three cake decorators celebrate our reunion with a cake that looked like a glue bottle. So I made the cake and brought it with me. Here we are, about to dive into it. 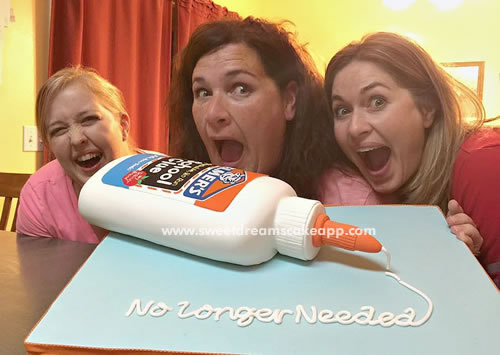 Of course I can’t end this story without sharing the wedding cake we all worked on together as well. Paula designed the cake and made all the flowers. Amelia and I helped her put it all together the day before the wedding. It was a very special weekend that I hope will be just the beginning of many more events together, without the need of a glue bottle. 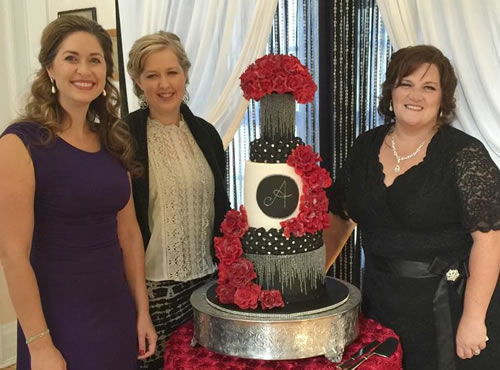 Until next time,
God Bless and Sweet Dreams