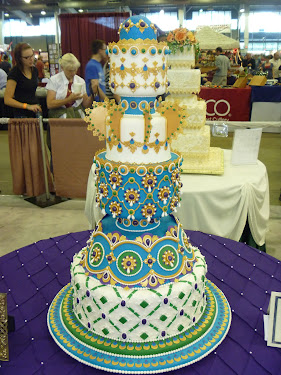 It’s that time of the year again. The weather is cooling down, the leaves are falling and the Oklahoma State Sugar Art show is making jaws drop.

Actually, the show wrapped up over a week ago but, for those of you who missed it, I have a peek at some of the phenomenal cakes created by some of the best cake artists in the industry.

OSSAS is hosted by Food Network celebrity, Kerry Vincent, and is presented during the Oklahoma State Fair in Tulsa each year around the end of September or beginning of October. This year the show was held on October 1st and 2nd.

This was my second year attending the show. I had planned on bringing a cake this year but life got in the way and I ran out of time. So I returned, once again, as a spectator. Even though I wasn’t competing there was plenty to do; demonstrations to watch, vendors tables to visit and, of course, cakes to ooh and aah over. 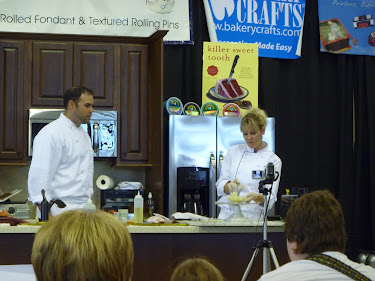 Many of the decorators return year after year and have formed a special bond through the time they spend competing and learning together. Although I am just beginning to get to know many of these artists I already feel like I am starting to become a part of this special family. It was fun to see many familiar faces even though I had only attended once before.

As always, the cakes were the star of the show. There are two competitions, one that is open to all levels of decorators and includes a large variety of categories and then there is the Grand National Wedding Cake Competition. The best of the best enter this competition so the work is a level beyond anything I have seen aside from magazine covers, and most are even better than that. I could have spent hours just admiring all the intricate details of each cake but I am sure that the mobs of people in line to see these cakes would have had my head for it. I can’t imagine how difficult it must be on the judges to pick the winners. 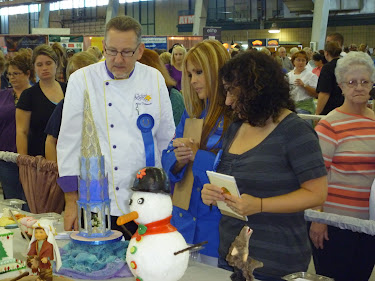 Here is a glimpse at some of the beautiful work. There were almost 400 entries between the two competitions so this is only a small taste of what fair goers got to see. I wish each of you could have been there because the view from my camera lens can’t even come close to comparing to what it is like to stand directly before these cakes and see all the intricate craftsmanship with your own eyes. 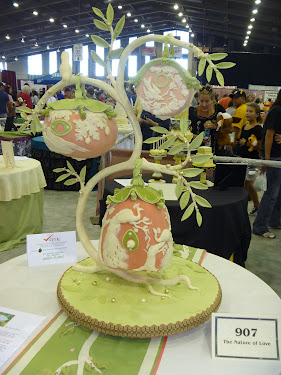 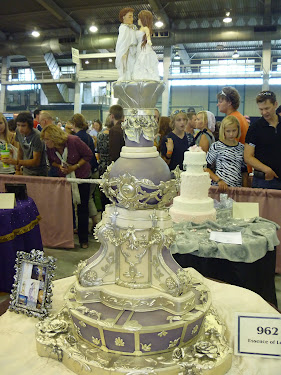 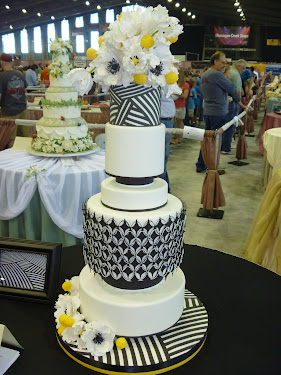 The fairy themed cake above, made by Mercedes Strachwysky, was actually interactive. There were flashlights hanging from the railing and when you bent down and shined the light in the nook underneath the cake looked what appeared: 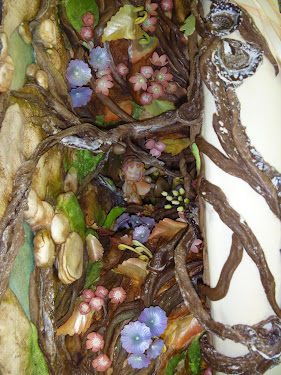 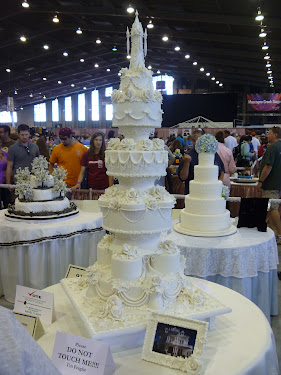 The entries in the general competition were just as awe-inducing. This 3-D cake happens to be my favorite. It reminds me of what my kitchen usually looks like. And, yes, that really is made out of cake! 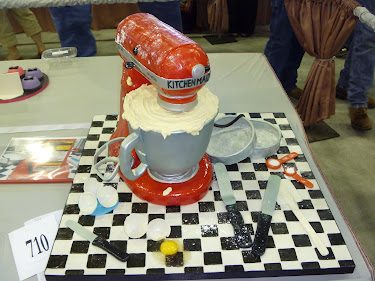 And some of my other favorites: 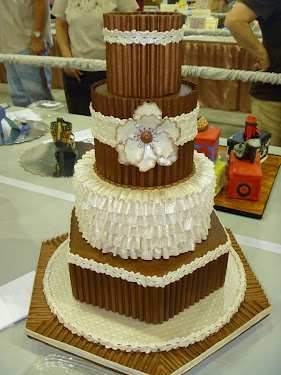 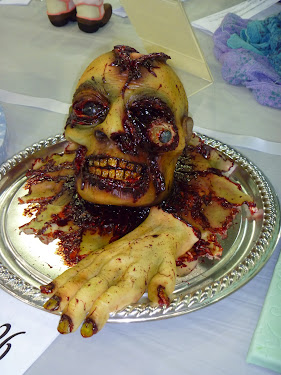 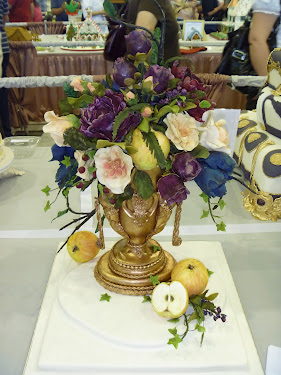 And, lest you think that the only entries are cake, here is a sample of some adorable cookies: 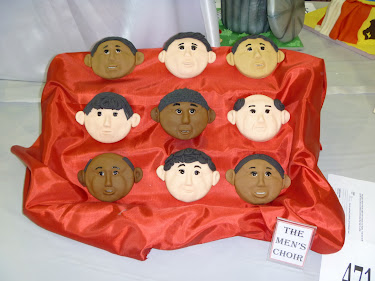 I also ran into the voice behind the CakeFu Masters Webinar Series, Amelia Carbine. She was present to interview competitors and broadcast the awards ceremony online. 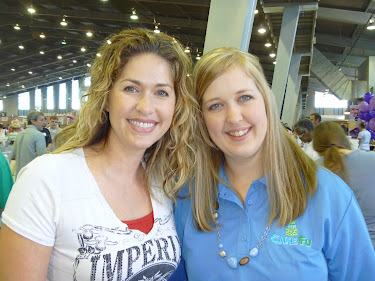 Me with Amelia Carbine of CakeFu Masters

After the show wrapped up, I attended a class taught by master cake artist, Karen Portaleo. I will write about the incredible things we learned in Karen’s class for my next entry.

The show left me feeling inspired and motivated to try some new techniques. Maybe I will get an entry together for next year…..