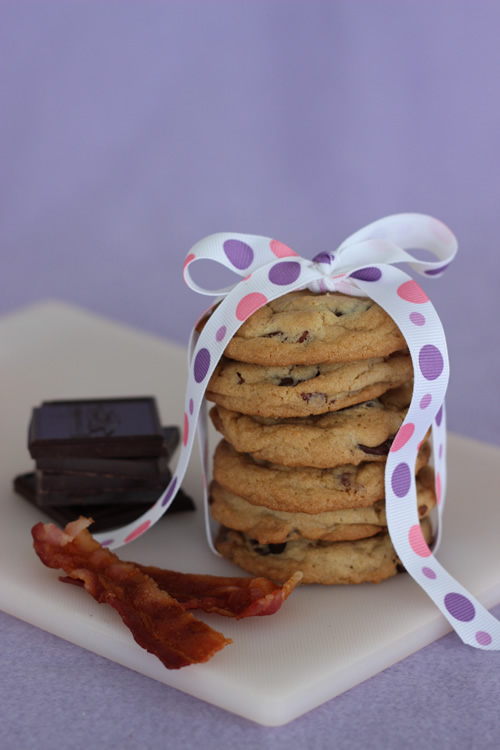 Those are two words that just don’t seem like they should ever be used in the same sentence, let alone mixed together in a cookie. I would have never dreamed up this combination but lately it seems to be quite the trend. I keep hearing about people placing bacon in all sorts of different chocolate dessert treats. There are some places that even make chocolate covered bacon. 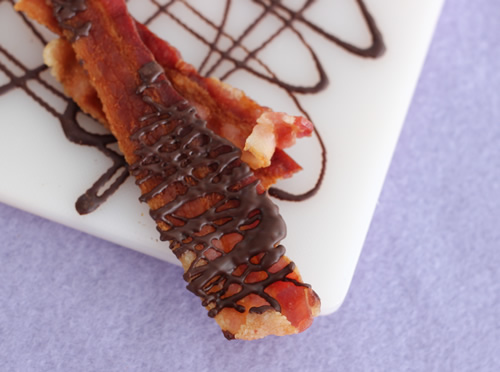 The strange combination has intrigued me but it wasn’t until a friend of mine raved about the bacon chocolate chip cookie recipe that she had found, that I was ready to try it.

The recipe came from Cookingchanneltv.com. The original recipe calls for bourbon but I didn’t have any in the house and I don’t drink so I wasn’t interested in buying a bottle just for this recipe. My friend told me that she left the bourbon out and just added an extra splash of vanilla, so that is what I did. I would assume the bourbon gives it more of a complex flavor so, if you like bourbon, try out the original recipe and add it in. For my version of the recipe I omitted the bourbon and added an additional teaspoon of vanilla.

Click here for a printable version of the recipe.

One thing I will do differently next time is cut my bacon into larger pieces. I diced my bacon too small so when I cooked it, it shrunk up even more and turned into such small pieces that it was hard to really find them in the cookie. I got the taste but I think it would have been much better if I could have gotten bigger chunks of bacon in each bite. I noticed that on the picture posted with the recipe on Cookingchanneltv.com, their cookies have decent sized chunks of bacon in them so I think that was just my fault for dicing the bacon too small. Just be aware of that when you make your batch.

Also, the recipe calls for 8 oz. of chopped up dark chocolate. I was going to grab a couple of good candy bars for that but then I saw a bag of dark chocolate chips in my grocery store and used those instead. I think you are probably fine with either choice.

One other note on this recipe is to make sure you allow time to cook your bacon before hand and allow the bacon grease to cool and congeal. I stuck mine in the freezer but it still took about a half and hour for it to firm up enough for the recipe.

Here is the recipe:

In a pan on the stove top, cook the diced bacon until the bacon pieces are golden and crisp. Remove the bacon pieces from the fat and drain on a paper towel. Strain the fat through a fine sieve and measure out a 1/2 cup bacon fat and chill the bacon fat until it congeals and is set.

Preheat the oven to 375 degrees F.

Add the eggs one at a time, beating well after each addition; gradually beat in the flour mixture. Stir in the cooked bacon pieces and chopped chocolate bits.

Bake in the oven for 9 to 11 minutes or until golden brown. Let stand for 2 minutes; remove to wire racks to cool completely. Keep in a dry, airtight container for up to 5 days. 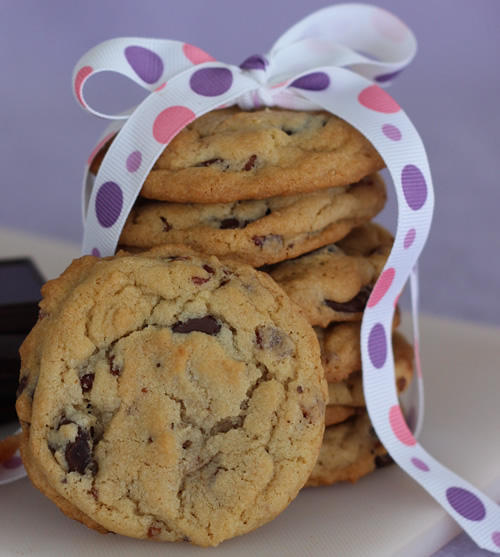 So what was the final verdict on the taste of the cookies? Well, I got mixed reviews from my family. I personally thought they were pretty good. The sweet and salty is an interesting combination and seems like it would be a great food for “that time of the month.” I did have a hard time convincing my brain that it was okay for bacon to be in a cookie, though. I liked them but I still think that I like my regular chocolate chip cookies a little better. My girls really liked them and ate a bunch. My husband wasn’t real crazy for them and told me to stick to the regular ones.

I’d love to know what your thoughts are on this combination. If you make the cookies please leave a comment letting me know what you think of them and if you would make any changes to the recipe.

If you don’t like them as a dessert then try them in the morning for breakfast, after all they do have bacon and eggs in them!