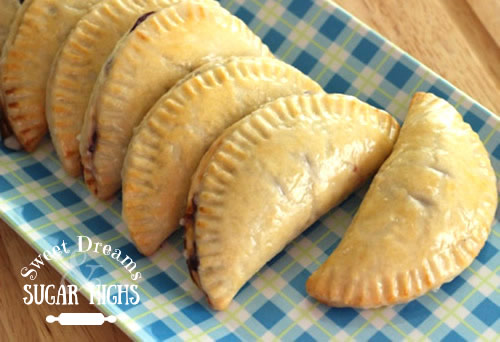 My favorite part of every pie is always the crust. I love it so much that even if I am making a single crust pie, I usually make enough dough for a double crust pie just so I will have the extra crust to make something else with.

A little while ago I was making several pies and ended up with quite a bit of extra crust dough. I wanted to figure out something simple to do with it that wouldn’t require a lot of extra time or groceries. I suddenly remembered the little Hostess fruit hand pies that I loved to eat as a kid. They sounded so good and, if I used some canned pie filling, they would be really simple to throw together. It turned out to be a huge success and they were SO yummy! 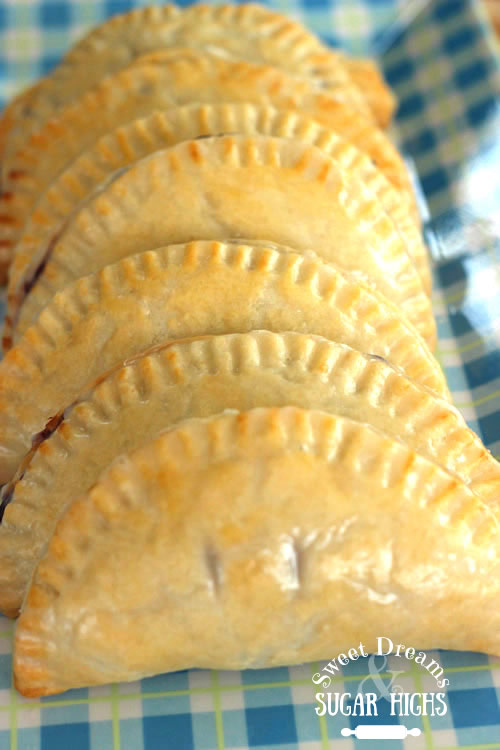 And check out the insides 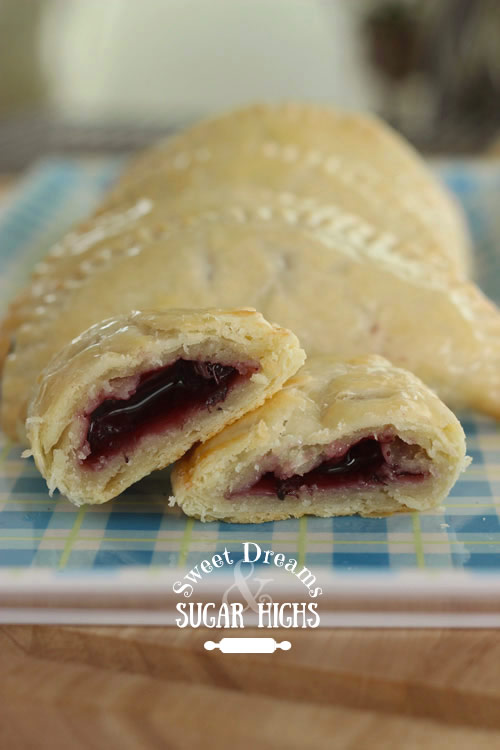 So here’s how I made them.

All I used was some pie crust dough (you can even buy premade dough if you don’t make your own,) canned fruit pie filling and an egg. I also did a sugar glaze on them after they came out of the oven but that is optional and I will show you the ingredients for that as you scroll down. 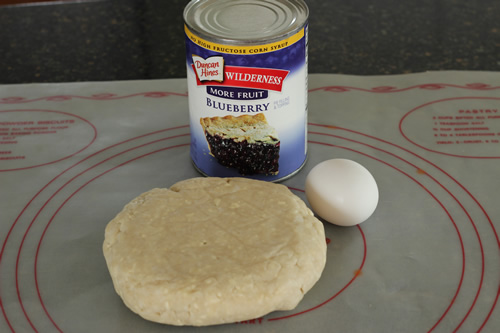 I rolled the dough out on a lightly floured surface, just like I would for a pie crust. You don’t have to keep it in a round shape since you will be cutting circles out of it. 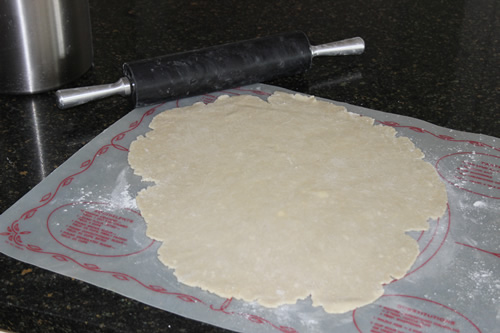 I figured that 5″ circles would be a good size for the hand pies. I looked through my cupboards and found a can that was 5″ in diameter. I dipped it in some flour and cut out as many circles as I could. 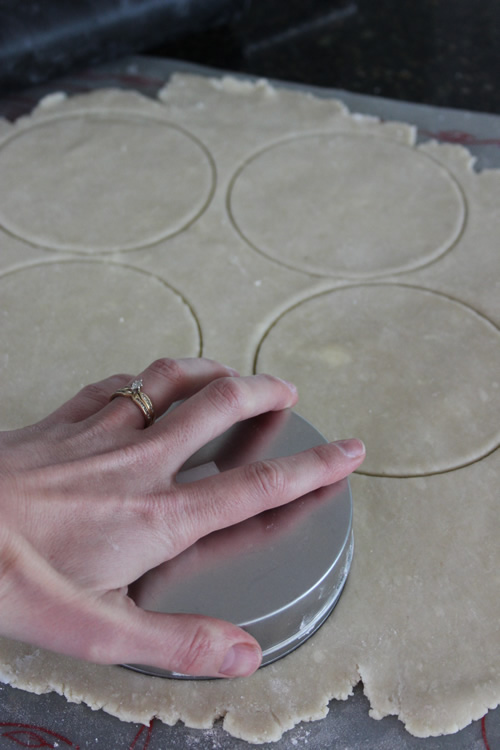 . If you don’t have a silicone mat you can also use parchment paper

or spray it with a non-stick cooking spray. I then put a spoonful of pie filling in the center of each circle. It was probably about a tablespoon or so of filling, if you measured it out. You have to be careful not to put too much in or it starts seeping out the sides. 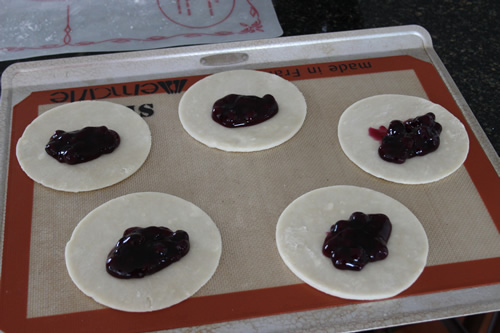 I then cracked the egg into a bowl and whisked it lightly with a fork. Using a pastry brush

, I applied egg half way around the perimeter of the circle. 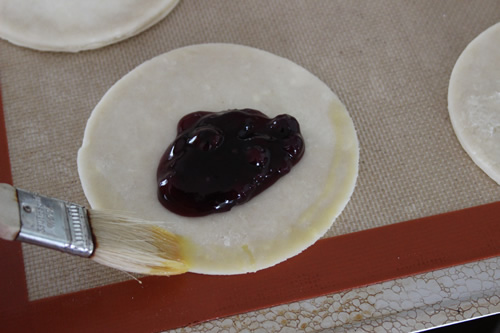 I then folded the dough onto itself, enclosing the filling, and pressed the edges together. 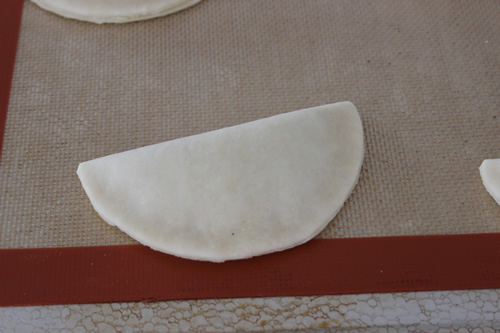 To assure that they would stay together, I used the tines of a fork to press them again and make a pretty seal on the edges. 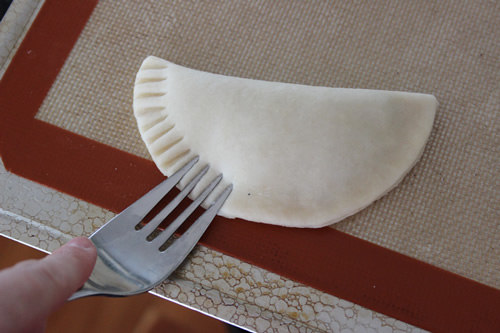 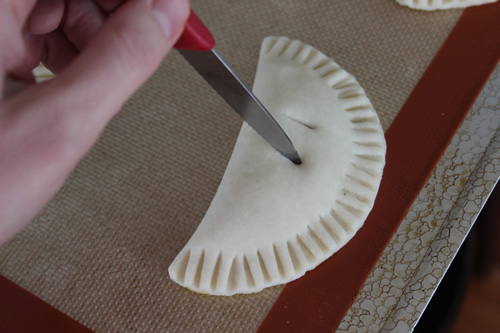 Then used the egg wash and the pastry brush to cover the whole pie in a light coating of egg. 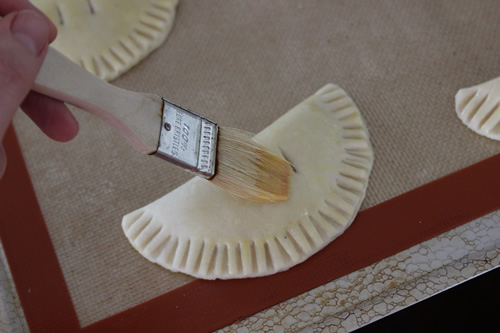 I baked the pies in a preheated 375 degree oven for 25-30 minutes until they were a beautiful golden color.

Once you remove them from the oven you can sprinkle them with powdered sugar or you can make a sugar glaze to cover them with. I highly recommend the sugar glaze, especially since it reminds me of those Hostess hand pies from my childhood.

To make the sugar glaze, you need 1 cup of powdered sugar, 2 tablespoons of milk and 1/2 teaspoon of vanilla extract. 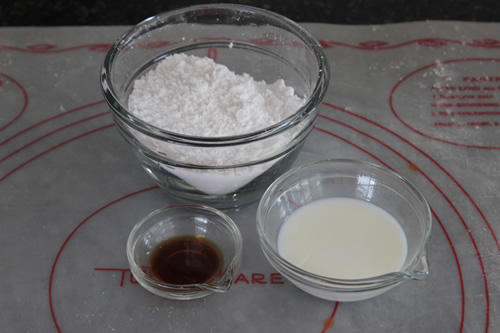 Whisk all the ingredients together and then brush it on the warm pies with a clean pastry brush. 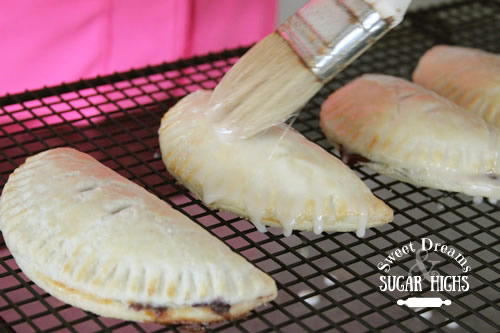 Here are your finished hand pies. My mouth is starting to water again just looking at them. 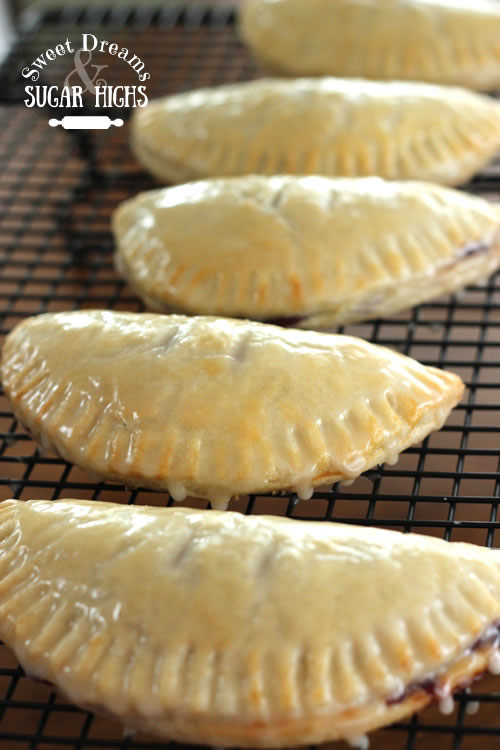 They are best eaten immediately, while they are still warm, but they are also very good once they cool. I made about 15 of them and sent them with my husband to his worship team practice. He brought back an empty plate with a lot of compliments. This is something I will definitely be making again. I think I will have to keep a can of pie filling in my pantry at all times just so I can whip these up whenever I have extra pie crust. 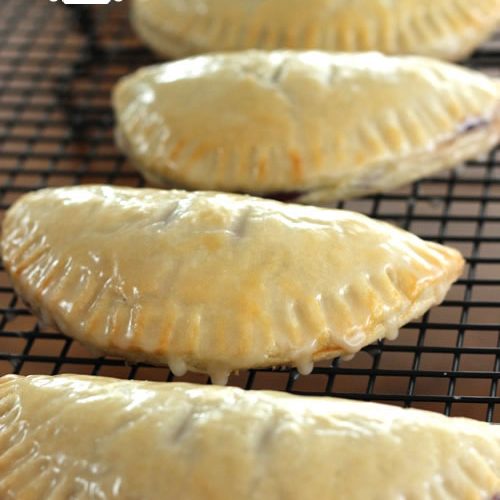 Quick and easy baked hand pies. You can use store bought pie crust and canned pie filling to make them even easier.

The quantity of pies is completely dependent on how much pie crust you use and how big of circles you cut out.