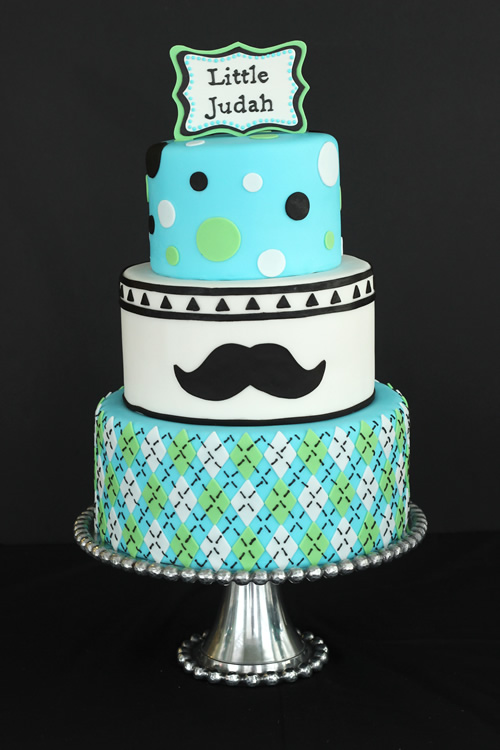 This last weekend was our pastor’s wife’s baby shower. This is their fourth child and their 12-year-old daughter wanted to throw her mom a shower. Isn’t that the sweetest thing ever? When the daughter asked me if I would do the cake, of course I said yes. First of all, I can’t ever turn down a child and second of all, I had to do it since it is my pastor’s wife; I mean, don’t you get more bonus points with God for doing things like that? (I am just kidding, please don’t leave me messages about salvation not being based on good works.) Anyway, the shower was mustache themed since they are expecting their third boy. I drew up several sketches for different cake ideas and this is the design we settled on. 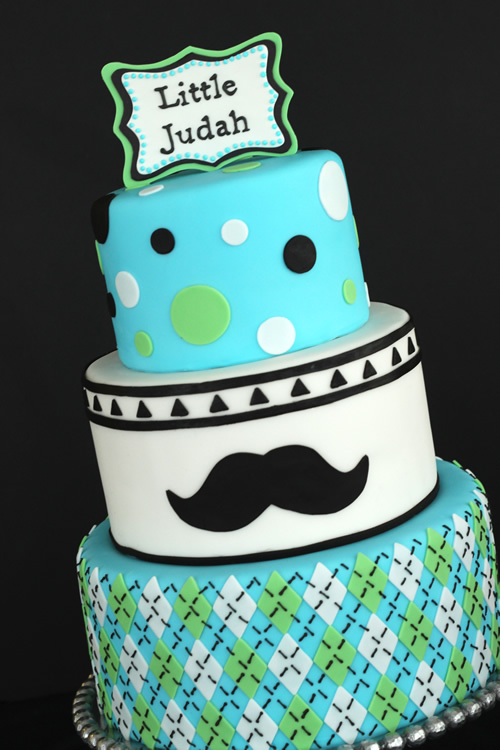 I made sure that the mustache was very prominent since that was the theme of the party. 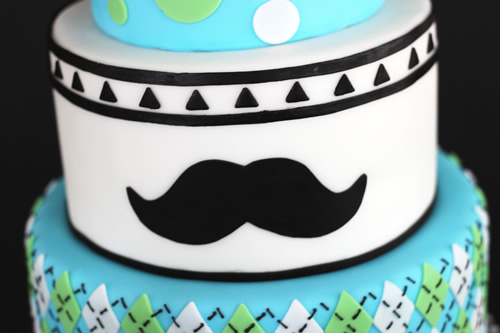 There were a LOT of women attending the shower (that’s one of the benefits of being a pastor’s wife) so I also needed to make some additional cupcakes to make sure we had enough servings. 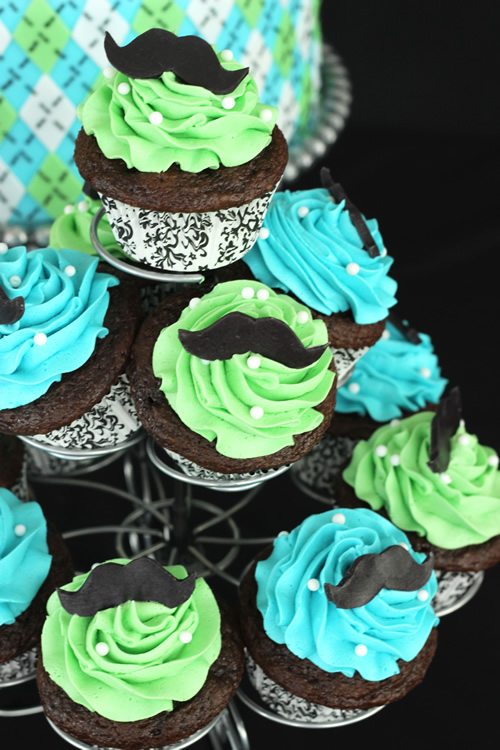 I colored the icing the same shades of blue and green as I used in the cake and then cut little mustaches out of modeling chocolate for the decorations. The mustache looks a little streaky in this picture because I had just cleaned all of them off with a light rubbing of shortening right before I took this picture. It eventually absorbed in the chocolate. 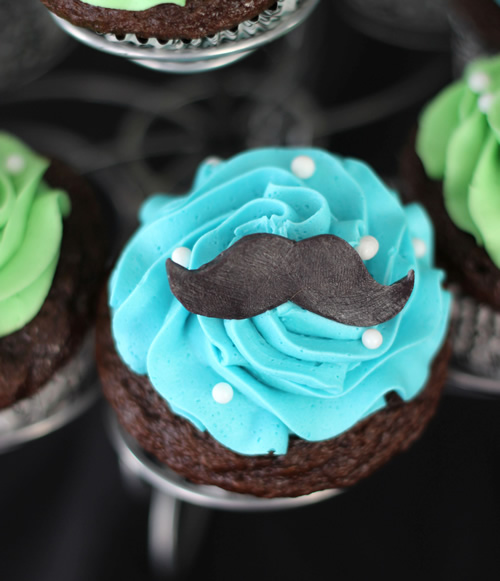 It all came together really nicely for an adorable cake display that went along perfectly with the rest of the shower. 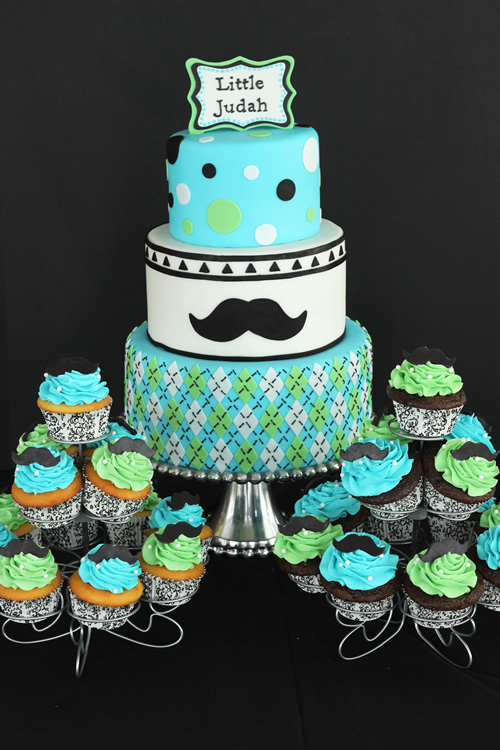 I took pictures while I was making the argyle print on the bottom cake so check back tomorrow for a tutorial on how to make an argyle pattern on cake.

Until then, God Bless and Sweet Dreams.